I remember that day as if it were yesterday. At the time my workload was more than one person could reasonably tackle and here I was sitting in yet another meeting when all I really wanted to do was whittle down my to-do list.  As if that wasn’t overwhelming enough, the universe and my boss conspired against me by informing me that I would now be inheriting the X File.

Allow me to give you a better understanding of the history of our organization’s relationship with the X File before I delve into the rest of the story. We had this donor whom I will call Mr. X. Now Mr. X wasn’t the easiest guy to work with. Several people had managed his file over the years and the consensus seemed to be that Mr. X was disappointed with us.

In spite of our inability to manage this file to Mr. X’s expectations, each year he gave us about $2,000 worth of brand new work boots among other Gift-In-Kind donations.

The Rest of the Story

“Mr. X says he just wants a little attention,” said my boss as she handed me the X file.

Seemed reasonable. Nothing wrong with that, I thought. Isn’t that what we all want at some point – to be heard?

Over the next few weeks and months, I made it my mission to get to know Mr. X better. My respect and gratitude for Mr. X grew with every conversation we had.

I learned that when Mr. X was a boy during the Great Depression he watched his father dig ditches wearing only socks on his feet because he had no shoes.  Because of his father’s dedication to his work, Mr. X believed there was no excuse for a young man not to work.

In the last few years Mr. X had become aware that often the only thing that came between a man and having a job was a pair of work boots. This is why he donated work boots each year in honour of his father’s memory.

I also learned that Mr. X donated to 30+ additional charities who provided life-changing opportunities; including eye operations for the blind and providing the means for a supply of fresh water for a village in a Third World country.

Over the years, Mr. X became a trusted confidant to our organization. As well as contributing additional funds for important programs he shared his business acumen with us; helping our organization to grow and provide better support to help people get off the streets for good and live sustainable and independent lives.

Whether it’s a donor, volunteer or team member, is it worth the extra effort to build deeper relationships? Why or why not? If you think it is worth it, are there challenges that prevent you from doing so?

As a staff member of an organization or a community member that supports an organization, can you recall a time when a meaningful conversation, or the lack of one impacted your experience? If so, would you be willing to share your story?

The purpose of The Other Bottom Line is to facilitate discussions that will help us all to better engage with our communities. Your participation and feedback are most welcomed and very much desired. 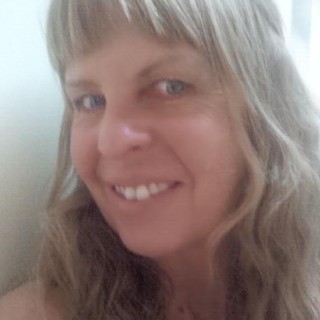 The Other Bottom Line

empowers non-profit organizations to ignite the passion and solicit the support of their community.